Our Lady of Fields Catholic Church began as a mission church of St. Mary’s in Annapolis. From 1902 until 1909, the parish was located on the west side of Cecil Avenue in the area of the Knollwood Nursing Home and was known as St. Joseph’s Mission.

In 1908, the Woodward family dedicated a sandstone memorial chapel on a site near the present church. The chapel was built to fulfill the terms of their father’s will. Fr. Henry Urban of St. Mary’s Annapolis offered the first Mass there on August 15, 1909. The official title of the church was “St. Mary’s, Millersville” which was later changed to “Our Lady of the Fields” because of the confusion caused with “St. Mary’s, Annapolis.” On May 10, 1910, the altar, statues and other religious articles were moved from St. Joseph’s to Our Lady of the Fields.

As the area developed and the number of Catholics increased, the chapel site also grew. In 1945 a shrine in honor of Our Blessed mother was built outside the chapel, which seated about 50 people, was completely renovated.

During the time Father Edward Droxler, C.Ss.R. served the mission, plans were made to build a new church and hall. The Baldwin Family donated fifteen acres of land surrounding the original chapel site. The plans to build the new church proceeded. In December 1957, the current building designed by Lucien Gaudreau and built by Stehle Brothers was completed.

The Archdiocese of Baltimore took the mission over as a parish in 1965, assigning Father Francis J. Linn as the first pastor where he served for 23 years. In 1988, Father John Auer was assigned pastor following the retirement of Father Linn, serving our parish for 14 years. Under Fr. Auer’s tenure, there was an expansion of the church campus to include the hall, classrooms, and parish offices. The parish has continued to grow, celebrating its 100th anniversary with more than 1,200 families. Fr. Gene Nichol was assigned as pastor in 2002 and served until 2011. Under Fr. Gene’s tenure, there was an expansion of the church, additional parish offices, and the Adoration Chapel was built. In 2012, Rev. Msgr. James Hannon became the Temporary Administrator of Our Lady of the Fields. In 2013, Rev. Msgr. Jay O’Connor was assigned as pastor. In July 2014 Fr. Ross Conklin was assigned as associate pastor. In July 2017, Fr. Josh Laws was assigned as associate pastor. In July 2019, Our Lady of the Fields was blessed to have Fr. Matthew Himes, a newly ordained priest in the Archdiocese of Baltimore, as associate pastor. In the summer of 2020, Archbishop Lori appointed Msgr. Jay as Episcopal Vicar of the Archdiocese of Baltimore for the Eastern Vicariate region. In September 2020, Fr. Jack Ward began his assignment as pastor at Our Lady of the Fields. In July 2022, upon Fr. Matt Hime’s departure to serve as Associate Director of Vocations for the Archdiocese of Baltimore, we welcomed Fr. Paul Breczinski as our new parochial vicar at OLF.

In 2000, Our Lady of the Fields joined with 5 local parishes to build a Catholic Elementary School in the Archdiocese. The School of the Incarnation, located in Gambrills, serves students in grade K through 8. We now have approximately 2,600 families registered in the parish. 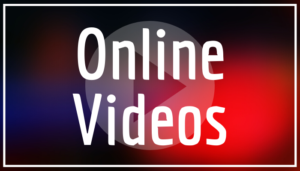 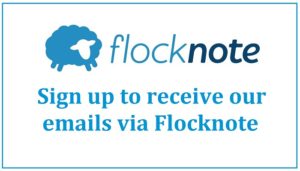 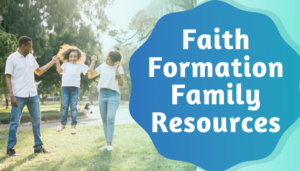